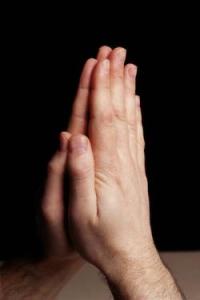 Lesson #3: God Works Miracles When We Make Ourselves Small.

On March 4, 2016, four Missionaries of Charity as well as several lay workers were murdered while working at a nursing home in Aden, Yemen. A priest who had recently joined the community, Fr. Thomas Uzhunnalil, a Salesian missionary from Bangalore, was kidnapped; his fate is still unknown. One aspect of the story I found most fascinating, which I recounted in the introduction of Lent with Saint Teresa of Calcutta, is that the one surviving member of the community, Sister Sally, was miraculously spared. Her testimony was published by the National Catholic Register. “At least three times they came into the Fridgerator [sic] Room. She did not hide but remained standing behind the door — they [ISIS] never saw her. This is miraculous.”

“Humility of the heart of Jesus, fill my heart,” prayed Mother Teresa in Total Surrender (p.76). This “smallness” was reflected not only in the physical stature of St. Teresa (though she was tiny!), but in the humble interior of the heart that allowed her to take up even the smallest task with great joy and abandon. It is this “smallness” that prevents us from becoming resentful, bitter, and envious at those whose lives seem just a bit better.

A wise woman once told me that God always humbles us just before he calls us to do something great. Without that lesson in “smallness,” too soon I find myself running ahead, determined to do it all MYSELF . . . and just as often, making a mess of things. In the life of Saint Teresa we see a woman for whom nothing was too small, too demeaning, too dangerous, or too dirty. God did not always work visible miracles — of the thirty-six thousand she and her Sisters rescued from the streets, eighteen thousand died. But there were miracles, and the most lasting will be known only in eternity.