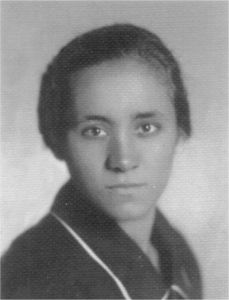 In celebration of the canonization of Saint Teresa of Calcutta (Mother Teresa) on September 4, I would like to share with you eight lessons and prayers that I discovered from reading Mother Teresa’s writings. Feel free to share some of your favorites as well!  The lessons so far are The Power of Loving the “Other,”  Always Take Mary with You, God Works Miracles When We Make Ourselves Small, God Enjoys the Simplest Prayers. and Faithful Love Sweetens Life. I will write one lesson each day. Enjoy!

Like her friend St. John Paul II, Mother Teresa experienced the loss of a parent when she was only eight years old; he lost his mother, she her father. Such a profound loss leaves a deep scar on the soul — I see this with my own children, who lost their first family at an early age. However, for both Karol Wojtyla and Agnes Bojaxhiu, this profound loss seemed to give them a heightened awareness of the temporal nature of the physical world, and a deep desire to enter into the heart of God.  By the age of twelve young Agnes, as she was then known, knew she was going to become a religious sister. When she left her childhood home in Albania at the age of eighteen, it was the last time she saw her mother and sister.

I was about the same age, eighteen, when I was in a car accident that changed the course of my life. Seriously injured, I spent more than a month in the hospital, followed by a long recovery at home. As a result of the accident, I would not be able to have children. I also came away with a profound sense that God had spared my life for a reason – and that I needed to find out what that was. Twenty years would pass before I finally understood why God allowed this pain to enter my life: If I had not experienced this loss, I might never have been ready to welcome Chris and Sarah, first as foster kids and finally as my own children by adoption. When I see pictures of Mother Teresa walking among the children in the Nirmala Shishu Bhavan (the Children’s Home of the Immaculate Heart), I wonder how often she looked into those little faces, remembered her own childhood grief, and thanked God for redeeming that pain in such a life-giving way.

As I contemplated writing tonight’s post, I read that Moammar Gaddafi’s youngest son and three grandchildren were killed in a NATO missile strike. The general survived, the report continued. On the other hand … how does anyone survive a loss of that magnitude?

Ordinarily the news might not have made such an impression on me. However, I recently took my children to see their birthparents, who had not seen any of their four kids in seven years.  It was supposed to be another seven years before Chris was supposed to see them, but Christopher’s birthdad had been having heart trouble. Craig and I talked about it off and on for months, until he finally — reluctantly — agreed to a single visit.  We didn’t want Christopher to miss seeing him altogether.

As we walked into the home, Christopher became very animated, shouting, “I remember! I remember!” He ran upstairs to his old room, which seemed not to have been touched since he left it. All his toys and toddler-sized clothes were still there, as though he would be home to stay any minute. As though the little boy he once was had been frozen in time.

It was the same with Sarah’s room. The crib, the rocking chair, the baby swing … Everything was still there. Quickly their birthmom began digging through toys, handing them to the kids until their arms were full as the birthdad left the room so the kids didn’t see his tears. On the way home, I contemplated what I had seen and wondered if I’d done the right thing.

Then, as if in response to my unspoken thoughts, Christopher piped up, “I can’t wait until I turn 18, so I can move back with my real family.”

I swallowed hard, trying not to show how his words had hurt. “You already live with your real family, Christopher.  You will always be part of our family, no matter how old you are. That’s adoption.”

He thought about that for a minute. “Well… maybe I can live in the middle.”

This “living in the middle” feeling was understandable, and I didn’t take it personally. I have read of adoptive families that  successfully integrate birthfamily members into their extended family. Even so, my son’s comment made me wonder: How can a child who has contact with two sets of parents grow up feeling anything but “in the middle”?

A few weeks have passed, and I’m still not sure it was the right choice.  Time will tell.  What I do know is that once again Sarah is sleeping with us every night, and Christopher has been having nightmares in which I disappear and he can’t find me. I agreed to the visit out of love . . . and yet I can’t help but wonder if it wasn’t a severe kind of mercy.

God’s mercy can also seem severe sometimes. This is the side of grace we don’t often consider. When Craig and I were presented to John Paul II in 1999, while in Rome on our honeymoon, I distinctly remember looking into the man’s clear blue eyes and thinking that I’d seen heaven there.  He could barely walk, and was a shell of the vital man he once was. Six more years would pass before he was finally laid to rest. Six more years of walking through that valley of the shadow, one painful step at a time.

However, the man Karol Wojtyla had embraced the job God had given him to do: to take up a particular cross that would uniquely reflect the self-donating love of God to all his children. As Pope John Paul II, he reminded us how utterly we need that hard-won, amazing grace every day of our lives. Even, and perhaps especially, when that way grows difficult, when it would be easier just to give in to despair and bitterness.  It is an uncommon kind of mercy, which drives the nails into the cross we have been called to carry.

As we celebrate the beatification of John Paul the Great tomorrow, let us remember the Divine Mercy that guides each of us all the way to heaven.  Together, as a family, in good times and bad, let us recall the act of grace emblazoned on Faustina’s image:

Jesus, we trust in you!